The McGowan Government’s announcement early this month that it will lift Keystart loans by more than $400 million to stimulate housing demand is good news for subdivision in the Perth property market.

The stimulus package, aimed at lower-income earners, is particularly relevant in WA as nearly 80% of Keystart loans in recent times have been for new home construction.

At the same time the WA government’s forecast of budget surpluses in this, and coming years, will see the Master Builders Association amplify it calls for a $5,000 boost to the $10,000 First Home Buyers Grant. This would facilitate demand and growth in the housing sector, and validate recent optimistic Perth property market predictions.

2019 would welcome such good news. Be aware however that there are always property investment opportunities out there for those willing to spend the time on research and diligence – those looking for red will only see red.

All investments must be able to stand on their own merits, as evidenced at our recently well-attended subdivision seminar on positive prospects in the City of Kalamunda resulting from the Forrestfield Airport Link project.

Quite rightly there was a strong appetite among the 50 local attendees to maximise on rezoning provisions around the rail stations. We’ve already helped a number of existing property owners identify feasible projects, more of which will arise as the massive Metronet project takes shape across Perth.

Another piece of good news for the New Year is the apparent recognition by the RBA that tightened lending conditions – especially for investors – might actually be hurting the economy.

While it is the Australian Prudential Regulation Authority (APRA) that tells banks the proportion of investor loans they can make, the number of interest-only loans allowed and even who can get them, it is the RBA that has the most influence on big- picture policy.

RBA deputy governor Guy Debelle said in early December that an interest rate rise “was some way off ….and they can still move lower”. But with the lowest interest rates in 50 years there seems to be a growing recognition that the availability of lending (APRA) is as critical as the cost of lending (RBA).

Bank governor Phil Lowy made the connection a few weeks ago when he wrote that while a correction was made to ‘way too loose’ credit standards of a few years ago; “I am starting to be a bit concerned the pendulum might be swinging a bit too far the other way”.

These are pretty clear signals – enlarged in an election year – that there will be political pressure for such pragmatic measures to arrest sinking property prices in Sydney and Melbourne.

Remember, Perth has already lived through this scenario for the past four years. With the local economy mending, forecast population growth and a shrinking rental vacancy rate, exacerbated by a collapse in new housing starts, any borrowing stimulus here will be magnified.

What this all means for property investors – even more so for existing owners and those with strong equity – is that the traditional “silly season” is a great time to revisit subdivision projects. When most people are switched off for almost two months you will probably never have clearer space or time to review and evaluate subdivision proposals.

We won’t be taking a break at Flynn Subdivision Experts; nor will most of the expert planning officers at the WAPC or local councils, and many of our reliable sub-contractors.

And, yes there are a lot of mixed messages out there on the economy, but the best investment timing is probably more about your localised knowledge and confidence.

Or, as the wonderfully witty Irish playwright George Bernard Shaw observed some 90 years ago; “if all the economists were laid end to end, they would not reach a conclusion.” Shaw, by the way, was an economics graduate, and perhaps even lesser known, a co-founder of the London School of Economics.

Even Britain‘s highly-regarded The Economist magazine – first published in 1843 – recognised the profession’s forecasting fallibility when some 20 years ago it published a tongue-in-cheek “hem-line” guide to economic cycles.

The lesson here is to get well-informed, and go your own way. We wish all our readers a great Christmas and a prosperous New Year.

Would you like to discuss your subdivision and development ideas?

Get in touch with us directly for assistance and we can get back to you! 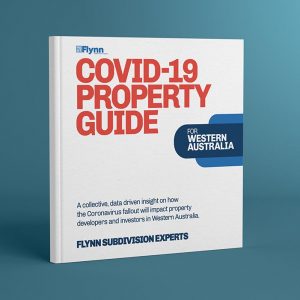