How to Subdivide Land in WA – Subdivision Process

How do I subdivide my land?

One of the earliest and most important questions you will want answers to when subdividing is what is the process, and how long does it take? This part of the website will discuss the process around how to subdivide land in WA, the duration, and how this effects the project delivery overall. Its important to understand the subdivision process and how long it takes, as this will reduce the likelihood of lost time and mistakes. The process and its duration this will impact your overall project returns (interest on lending) and impact the build process too. Whether you are staging your development or subdividing and building concurrently at the same time will also have an important impact on risk, duration, returns and finance for the project.

In Western Australia, the subdivision process is slightly different to the subdivision process in other parts of Australia. The major difference is that the applications for subdivision (land development) are received, processed and centrally administered by the West Australian Planning Commission (the WAPC), not by local councils. Whilst the local councils are stakeholders in the process and are consulted by the WAPC, ultimate decision making authority rests with the WAPC.

The council receives and administers applications for planning approval that are not land development related (ie dwelling construction). In general summary, the subdivision process is administered at a state government level by the WAPC, and the Development Approval (DA) process for dwelling construction is dealt with by the council at a local government level. This is an important distinction to grasp when learning how to subdivide land in WA and then considering building. Subdivision and dwelling construction, whilst related activities, are separate processes administered by different bodies in this state. The two processes can be run concurrently (subdividing land and building at same time) or staged ( subdivide land first and then build or vice versa). If running both processes at the same time, both processes must be carefully managed to avoid problems that may impact clearance sand title issue at the end.

How long does the subdivision process take?

The time taken to complete physical work during the subdivision process is relatively minor if added up- usually a month or less. What takes a lot of time is the processes around making applications to and dealing with all the statutory bodies who are stakeholders in the subdivision process. Your initial application to the WAPC for example, will alone take up to 90 days just to process, after which you will receive back a decision letter that will require further administrative work such as consultation, applicants and service agreement requests with stakeholders who have imposed conditions in your returned decision letter (conditional approval). Stakeholders will be bodies such as the Local council, Watercorp, and Western Power (the latter taking up to seven weeks just to process a service agreement request). There can be a lot of administrative work to do before earth is broken and sites cleared.

Even once all the conditions in the decision letter are satisfied, there is a whole clearance and title production process involving the WAPC, Landgate and your bank that can take a few more months. All in all, and exceptional turnaround time for a typical small lot subdivision, to the point of having titles in hand, is 7-9 months. For most people, 9-12 months is more realistic, and you should be prepared for a year when planning your project. Large statutory bodies move a their own pace, and there is nothing you can do to rush them along! 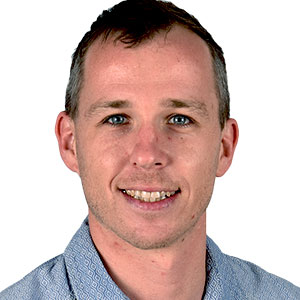 Get a report now

Learn How to Subdivide Land in WA

You may have a family home or investment property you wish to subdivide, a commercial property you wish to develop further, or you may be in the market to purchase a property to subdivide as a first time developer. It doesn’t matter who you are or what project your are thinking of doing- the first step is a feasibility study. This is to investigating if a subdivision is likely to make you money, and is the essential first step in the subdivision process. The first step is not making a subdivision application! Most people make a decision based on a properties development potential, however that is just one part of the equation. There is no point in subdividing it if it is not going to make any money. Some preliminary investigations, designs and cost estimating needs to be done to give you an overall idea of the total project cost, a forecast of revenue, and if there is sufficient profit in the difference between the two.

Performing detailed feasibility studies is part of the service we offer to our clients, to help them make informed and profitable investment decisions. These studies gather information that allows us to determine the best design and project strategy, scope, and collate accurate cost estimates relevant to the development. These are an essential step in facilitating a successful development experience.

Once we have a feasible design solution and strategy for the subdivision, we can begin the application process. FLYNN will perform a feature survey and prepare a draft a subdivision overlay of the new proposed lots. We will submit these with a subdivision application, also known as a “Form 1A”, to the West Australian Planning Commission (WAPC) on your behalf, along with any additional documentation required, such as BAL assessments, traffic impact statements or written justification for variations to lot sizes. There will also be a one off WAPC application fee payable with the subdivision application.  The application will stay with the WAPC for up to 3 months, in which time it will consult with stakeholders (westernpower, watercorp, council etc)  in preparation for the issue of a determination , by way of a decision letter. The WAPC decision letter will grant condition approval of the subdivision, or reject the applicant with justification (and provide avenues for right of appeal).

The West Australian Planning Commission (WAPC) is the chief decision maker for for all land development applications in Perth. The WAPC will pass your application to Stakeholders (Utility providers, Local government, Main roads, etc) for comment and recommendations. This is an important step in the subdivision process – WA local government authorities will provide the most comment and largest amount of scope for your project. The WAPC will then consider these recommendations with your application, and issue you with a Decision Letter. The Decision Letter will contain conditional approval or refusal of you subdivision application. The letter contains a list of conditions from all stakeholders that must be satisfied for the subdivision to proceed. When the decision letter is returned, it is very important to scope the conditions in the letter properly to determine what work must be done. This is none by consulting with all stakeholders who imposed conditions in the decision letter as to how to satisfy those conditions best. At this stage there will be design and engineering work, consultation with stakeholders, service agreement requests with utility providers, DA preparation (ie. for retaining), works scheduling and tendering, and other preliminary planning activities in preparation for physical works to commence.

The works scoped, designed and scheduled at the previous stage must now be executed and managed. This will involve any combination of civil site works, demolition, retaining, internal servicing (such as sewer, water and power), drainage and access leg installations, upgrades to any retained dwellings to make them compliant with the Residential Design codes and Local Planning policies, and construction of any new dwellings (if building is part of the subdivision strategy). There will also be the payment of co-contributions to Local Government and Utility Providers. A licensed cadastral survey of the new lot boundaries will also be performed and a final survey plan for deposit with Landgate prepared at this stage.

Upon the completion of works, provision of appropriate as-built drawings, and payment of contributions and fees, we are able to submit an applicant for clearance from each stakeholder party to conditions in the WAPCA decision letter ( primarily the local council and utility providers). Satisfied stakeholders will provide certificates of clearance.

When this is done and all certificates of clearance are obtained, we are able to lodge a final subdivision clearance form, also known as a “form 1C” ,with an approved survey plan to the West Australian Planning Commission (WAPC) for review and final clearance. There is a small statutory dee payable to the WAPC at this stage.

Once the West Australian Planning Commission (WAPC) clears the form 1C, we are able to deposit a survey plan with Landgate. It will progress to the status of “In order for dealings” once processed. Once your certified plan is “In order for dealings”, a settlement agent can be engaged to commence the production of new titles with Landgate. At this stage we can investigate options for you of selling your land, building on the land, or retaining it for future use.

Learn more about processes and the impact on project feasibility.

Becoming well informed about development and subdivision costs and processes before they start projects has helped many of our clients make well educated and profitable development decisions. This page has briefly looked at the subdivision process – you still need to learn about the Built strata process, the DA process, coordinating building and subdivision processes, and the impact these have on project duration, finance and end valuation. To learn everything you should know about processes and the impact on your projects viability and delivery, there are comprehensive chapters and online modules on process for survey strata, green title, built strata and development applications for dwellings in our 225 page Infill Property Developer Guide-book and correlating Online Course.

Get Help with property development

Get in touch today for help with property development & subdivision.